Catastrophic. Disaster. Heart-breaking. These terms have been heard all-too-often in the media lately as the world has tried to come to terms with tsunamis, earthquakes, nuclear breakdown in Japan, and the most recent devastating tornadoes in the USA. Unfortunately, these same words can be used to describe the impending cuts - over one billion dollars worth, to our Florida public schools. According to a May 5th article in the Sun-Sentinel, Broward County Public Schools alone is looking at a deficit of close to $80 million from its yearly budget. To alleviate this huge gap, Broward County is planning on laying off all of the one-year contract staff, as well as most first year teachers. Second year teachers are standing on the cliff’s edge.

The news is not any better in Miami Dade County where the school board is talking about laying off hundreds of staff, including teachers, maintenance workers, administrative positions & more. Many schools no longer offer specials, such as music & art. Some physical education programs may be next on the chopping block. All of this spells disaster with a capitol “D” for public education in Florida, and perhaps the nation in general.

Besides the enormous toll on all of the thousands of pending layoffs, the overall effect on the teaching field would be equivalent to an education nuclear meltdown. What person in their right mind would enter a field that they pretty much now guarantees that you won’t have a job? Never mind the low starting salary or the fact that there’s been no cost-of-living increase for years, or the notion that class sizes will now have to be even bigger with little or no teacher support. That’s old news. The fact that the district is now cutting all first year teachers sends a loud and clear message to anyone who’s ever considered a career working with children in education: Keep away! Sorry, no jobs available. I feel mighty sorry for all those eager and optimistic young people who dedicated several years to getting their advanced degrees and teaching certificates, who are now pushed out of the system. Hey, thanks anyways. Goodbye. Good luck. Good riddance. Through this misguided policy, the teaching field losses its greatest asset - new teachers coming in with fresh ideas and enthusiasm.

All, however, is not lost. At least not quite yet. There are several things that should be done to alleviate this “bad moon on the rise.” First, the board of education, along with the superintendent, need to be proactive and not always reactive. Business as usual will not cut it anymore. It’s always been the same ol’ song. Feds turn off the flow to the states. States turn off the flow to the districts. Districts turn off jobs. It’s a sad reality of the times but two solid & very practical suggestions have been placed in front of the board that unfortunately were turned down.

The first is the four-day school week. While it may initially sound outrageous and so out of the norm, desperate situations warrant creative, out-of-the-box thinking. Many districts throughout the country, and even a few in Florida, have gone to a four-day school week. An extra hour of direct instructional time can be added to the four days, so actual on task educational time would not be compromised. What this does is save millions and millions of dollars to the school system’s huge transportation and energy costs. This maneuver alone would save hundreds, and probably close to a thousand teachers and other support staff’s jobs. At various hearings on this topic, some politicians responded by declaring this idea not feasible or practical. In turn we can ask the board members, is putting close to 1,000 people in the unemployment line feasible? Is kicking out new teachers such a wise and practical idea? Perhaps if several board members were under consideration for losing their jobs during this budget crunch they might take more concrete and positive action.

The second small step the board can implement is to simply start the school year later in August or, as most of the country does already, begin after Labor Day. Requiring the school year to begin mid-August, means opening up the buildings and keeping the AC on full blast during what is arguable the hottest time of the year in Florida. Here too, the board can save a full two weeks of energy consumption and transportation costs. I guess it’s like my grandma used to say; the only thing common about common sense is that it’s very uncommon.

A third strategy is to mobilize our professional sports athletes in South Florida to help out the cause. Like the saying goes, charity begins at home. Society has some misplaced values when hard working teachers and other civic employees are low men on the totem pole, while our athletes make millions of dollars because they can run fast, jump high, or throw a ball at 90 mph. I don’t minimize their skills, but it’s high time that our heroes of the court and field got on board to back our teachers and our schools. I am starting a fund, entitles S.O.S. – Save Our Schools. All funds will go to keep our teachers and support staff employed. Imagine if every professional athlete in South Florida gave 10% or even 5% of their incomes to help bridge this terrible budget gap. We’d probably have enough funds right there to overcome this crisis for the next millennium. Even if some of our top paid athletes would contribute, say a mere two or three percent of their astronomical incomes, teachers’ jobs and our very school system can be saved.

It’s time for concrete action. We don’t need another fact-finding committee to report on the previous 10 reports to suggest yet another fact-finding mission. We’re talking about saving thousands of jobs in our school districts and improving the school system. We’re not talking about numbers here. These are real people and real people’s lives at stake. When a primary care provider loses employment it not only taxes society’s resources but also places a horrible strain on the families involved. The board should implement the four-day school week, start the school year after Labor Day, and we need our local athletes to, pardon the expression, step to the plate. Our teachers and staff deserve to be treated with respect and our students need a truly well rounded and great education. The time is now to S.O.S. – Save Our Schools. The R.I.P. stone on Florida’s public schools is too close for comfort. 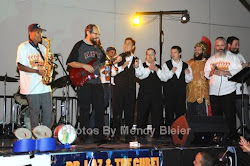